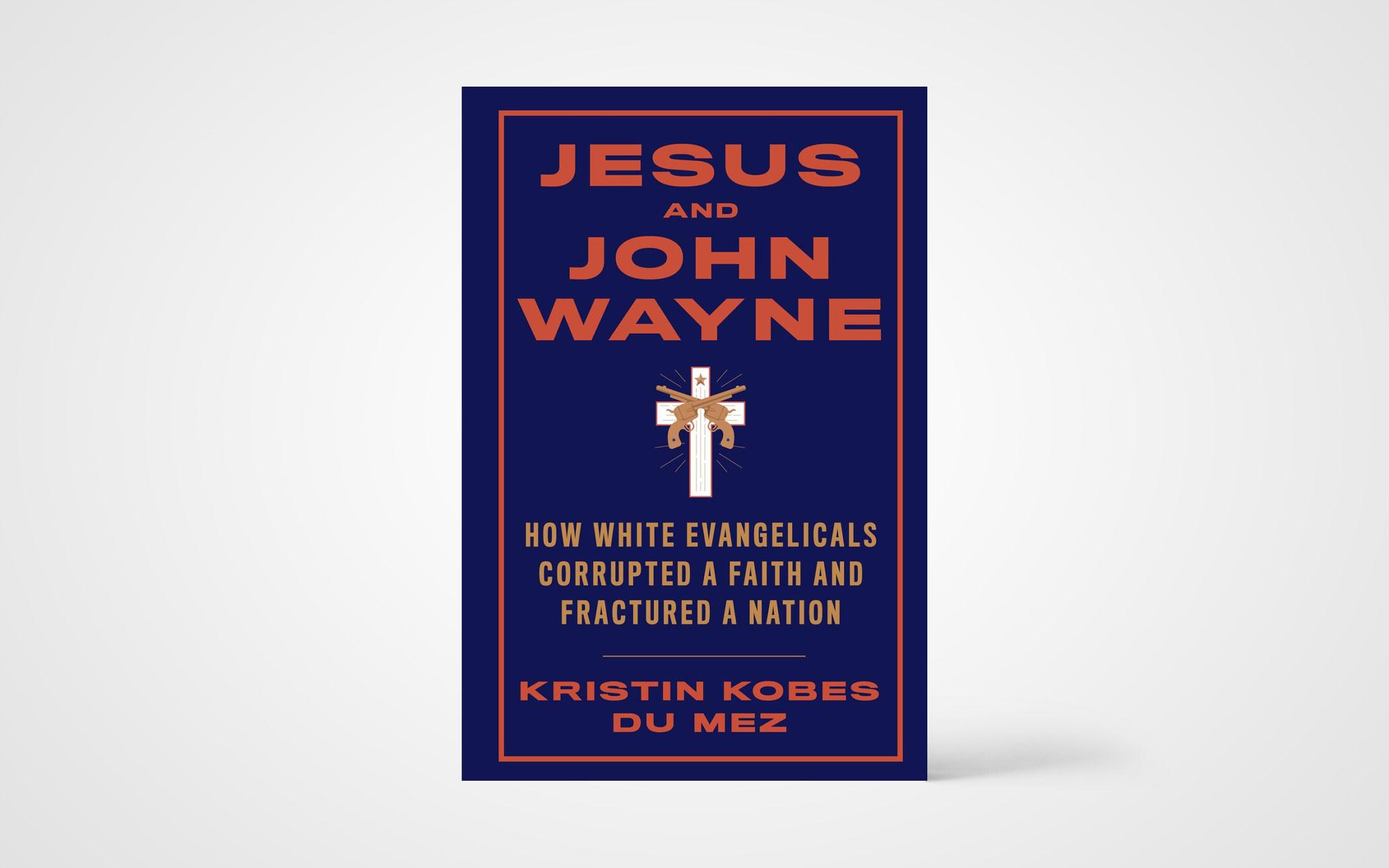 Jesus and John Wayne is a book that needed to be written and needs to be widely read and discussed. I am grateful that Dr. Kristin Kobes Du Mez, professor of history at Calvin University, has done the hard, long work of research necessary to tell the story of how a dreadful stain of toxic masculinity wove its way into the thinking, teaching, and practice of 20th century American White evangelicalism. “Her documentation is impressive and tragically compelling,” my friend Byron Borger of Hearts and Minds Books says. “J&JW is a must read for any who care about the integrity of the gospel and the direction of evangelical faith in these days.”

You may not agree with all of Kristen Kobes Du Mez’s assessment of this or that aspect of evangelical subculture or her conclusions about how this John Wayne testosterone populism contributed to the way evangelical sexual abuse scandals were handled or how some white evangelicals aligned themselves with Trump, even given his admission of sexual assault, or as he publicly encouraged people at his rallies to punch or rough up others.
Agree or not, this is a book for anyone who has lived through the past fifty or so years of evangelicalism. Or for anyone who wants to know about this major aspect of not only what we might call religious history, but American cultural history. From Christianity Today and Billy Graham’s stance on Martin Luther King, to the impact of the cult-like Bill Gothard, from the DeVoss family’s Amway to the evangelical celebration of Ollie North, from the partnership of evangelicals with Catholic dynamo Phyllis Schafly to fight abortion, to the recent popularity of Wayne Grudem and John Piper’s teaching about traditional gender roles, this remarkable book offers a truly wide-ranging account. She shows the backstory and the development of much that influenced the subculture that gave us both Anita Bryant, say, on one hand, and Amy Grant, on another; Pat Robertson on one hand and Francis Schaeffer or Ron Sider on other hands. What a movement it has been, and Du Mez knows it well.
As one who has made a living smack in the middle of much of this, Jesus and John Wayne: How White Evangelicals Corrupted a Faith and Fractured a Nation sure rang true to me. [Booknotes by Byron Borger (June 2, 2021)]

J&JW rang true to me, sadly, as well.

I would add, however, that I wish Du Mez had made the book more accessible to evangelicals who will need help in working though the underlying issues at stake here. They may sense that something is amiss in the movement and be moved by the history of toxic masculinity Du Mez recounts, but many—if not most—will need resources to move past discomfort or shock into a more historically orthodox understanding of gender, community, leadership, and ministry. Du Mez acknowledges the problem. “Despite evangelicals’ frequent claims that the Bible is the source of their social and political commitments,” she notes, “evangelicalism must be seen as a cultural and political movement rather than a community defined chiefly by its theology” [p. 297-298]. This is, sadly, correct, and there is simply too much theological, biblical, and creedal illiteracy for most evangelicals to work through all the theological and scriptural questions—and some of them can be quite gnarly for the ordinary believer—solely on the basis of the history recounted so well in J&JW. This need not be lengthy and could be easily accomplished in a brief prologue or thoughtfully annotated bibliography. Still, including it would have strengthened the book immensely.

Soon after reading J&JW I began listening to the podcast, “The Rise and Fall of Mars Hill,” sponsored by Christianity Today. Quite appropriate, as it turns out, since Mark Driscoll and Mars Hill Church are among the miscreants explored in J&JW. I recommend the podcast series to you, but that isn’t why I bring it up here. The series includes something that should define us all the time, but especially now when we are forced to face the sordid tale of wickedness revealed in Jesus & John Wayne and “The Rise & Fall of Mars Hill.” Each episode of the podcast begins with a carefully scripted introduction that includes two sentences that are worth tattooing on our memories:

It’s a story about power, fame, and spiritual trauma, problems faced across the spectrum of churches in America today. And yet it is also a story about the mystery of God working in broken places.

This is not just good narration on a podcast; it is good biblical theology. It’s born of humility, recognizing that though I might not be guilty of the sin we are discussing, I am guilty of sin and my sin is just as bad. And wonder of wonders, God still works in and through his people, sinners though we are. Sho Baraka writes movingly in He Saw That It Was Good of a time he was forced to face the fact that his hero, war chief Shaka Zulu was deeply flawed. “This forever shifted my idea of cancel culture,” he says. “Individuals are complex, and their legacies are complicated. How we tell their stories can have a larger impact than the bloodshed itself. Those stories have a very real possibility of contributing to future bloodshed” [p. xxvi-xxvii]. And he issues a warning that all followers of Jesus should take seriously: “I’ve had many friends abandon their Christian faith because of dishonest or dangerous narratives” [p. 23].

I wish Du Mez had included this lovely grace in J&JW. Instead, in one place for example, Timothy Keller is criticized for speaking to this reality in relation to Mark Driscoll [p. 274]. I have no interest in defending Driscoll, never visited Mars Hill nor listened to his recordings, and was never drawn to his ministry. And for all I know, Keller’s statement may have been ill-advised at the time, though a look at the original in The Washington Post doesn’t seem problematic to me.  But that is not my point here. My point is that Keller is correct in pointing out that though Driscoll’s story is one of failure and sin, it is also a “story about the mystery of God working in broken places.” J&JW is born out of a long tradition of Reformed theology and missing this element of grace woven throughout the history related in the book is a practical, if unintentional, denial of that rich legacy of biblical truth.

With Byron, I also have lived and worked and worshipped in the evangelical movement so little of this story was unknown to me. As Margie recounts in her memoir, No Place (2021), the spiritual crisis that rescued us from the fundamentalism in which we were raised made us outliers, even when we found a home in the historic Reformed tradition. Nurtured in the welcoming community of L’Abri Fellowship, we found ourselves taught to embrace the giftedness of all of God’s people, the teaching and leadership of women as well as men, and an insistence that all misogyny, like racism, blasphemes the God who made all persons in his image.

Modern evangelicalism is a noble movement that has its roots in the Reformation with its emphasis in the gospel of grace. Evangelicals were those who, regardless of their nationality or church tradition or social status believed the gospel and sought to live it out in every aspect of life and culture. The idolatry, misshapen thinking, and toxic masculinity that J&JW reveals has not just brought the gospel into disrepute, it has prompted thousands of disillusioned believers to walk away from the church, and from faith. It is a scandal of wickedness, and I would not be surprised if God judges American White evangelicalism for its spiritual adultery.

Although the evangelical cult of masculinity stretches back decades, its emergence was never inevitable. Over the years it has been embraced lived, challenged, and resisted. Evangelical men themselves have promoted alternative models, elevating gentleness and self-control, commitment to peace, and a divestment of power as expressions of authentic Christian manhood. Yet, understanding the catalyzing role militant Christian masculinity has played over the past half century is critical to understanding American evangelicalism today, and the nation’s fractured political landscape. Appreciating how this ideology developed over time is also essential for those who wish to dismantle it. What was once done might also be undone. [p. 304] 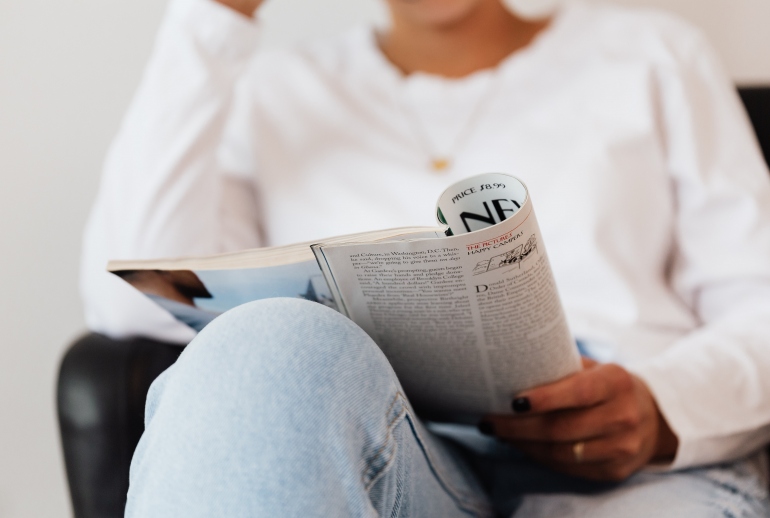 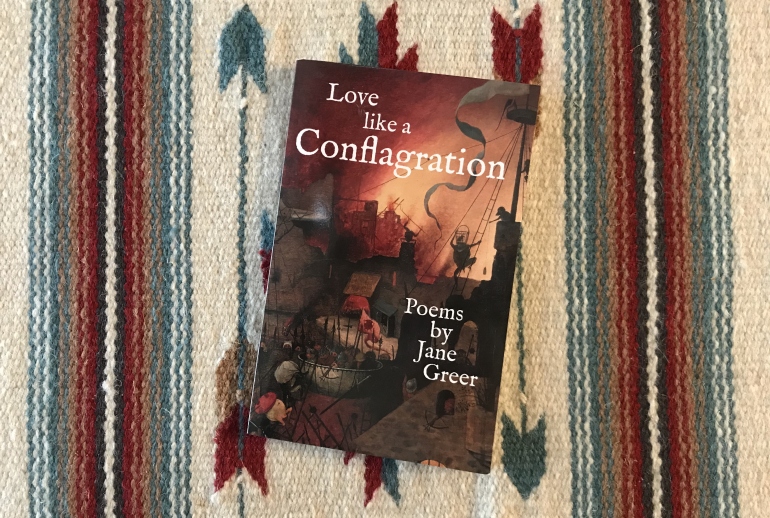