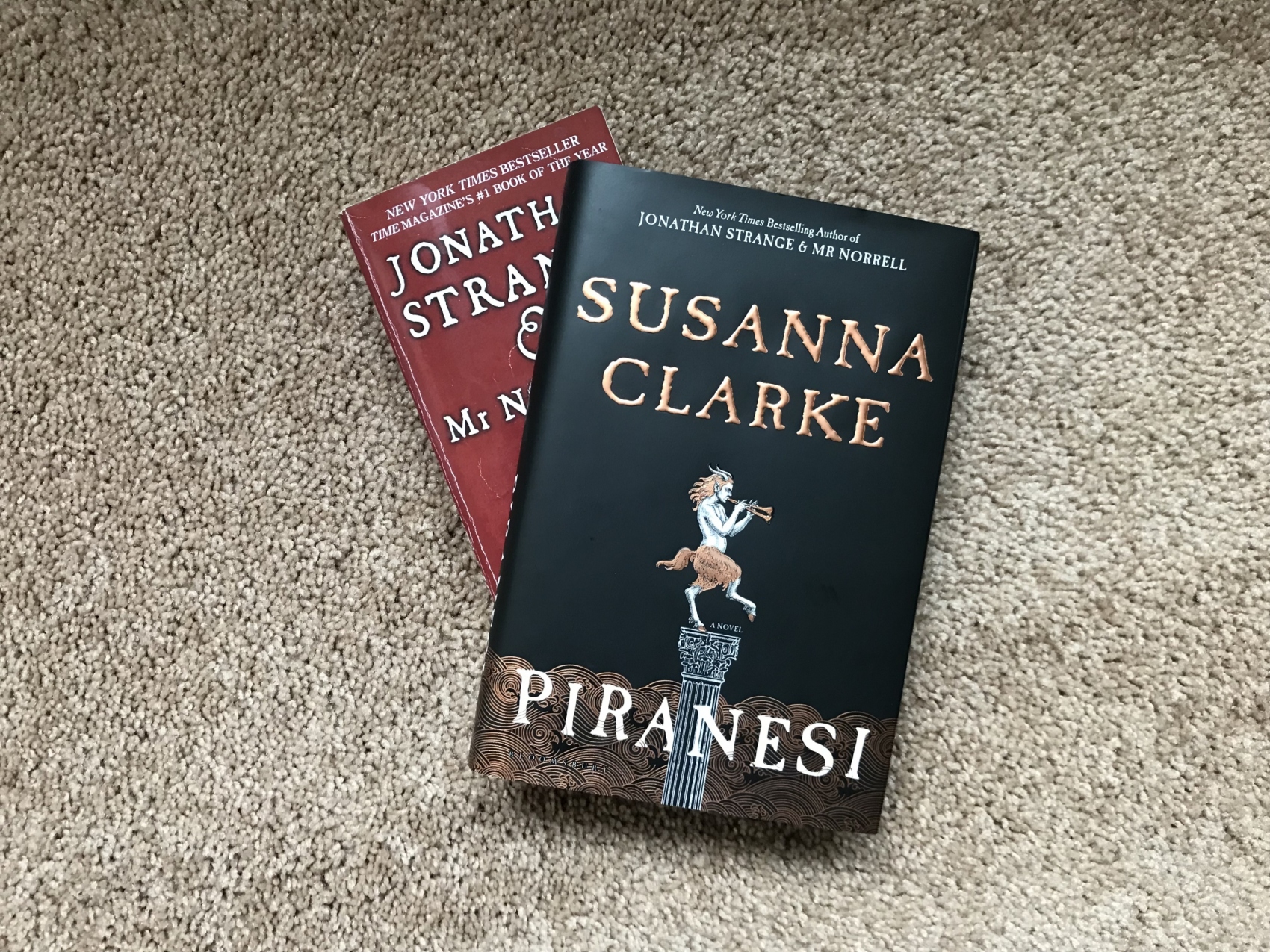 Susanna Clarke is probably best known for her 2004 fantasy novel, Jonathan Strange & Mr. Norrell. “Unquestionably the finest English novel of the fantastic written in the last seventy years,” Neil Gaiman, author of the very fine fantasy, American Gods says in his endorsement. “Closing Jonathan Strange & Mr. Norrell after 800 pages, my only regret was that it wasn’t twice the length.”

This view of Clarke’s book is not, I should add, shared by all. “I read about 300 pages and with 500 more to go, I just could not subject myself to that sort of punishment,” says Margie Haack, author of No Place. “It was annoying that the print was so small that one needs a magnifying glass to read the dang thing. People who like this novel are obsessed with details—unimportant details. And they love anything that’s written with an English accent, whether good or not.”

She is speaking, I have no doubt, about me. I love my wife, and recommend No Place, and the other two books that make up her Place Trilogy series of memoirs. In fact, I recommend them highly. I also loved Jonathan Strange & Mr. Norrell and highly recommend it. And yes, I loved the intricate level of detail Clarke wove into the narrative. For example, her creative use of footnotes—so unusual in a novel—was highly amusing to me. There were times I skipped ahead simply to read and enjoy the footnotes, which were stories worth reading on their own.

But there is more than just amusement. Jonathan Strange & Mr. Norrell is not merely a very good story, it is also a penetrating and entertaining parody of class in British society, in the tradition of Jane Austin. And like other fantasies that include characters with special insight—such as Watership Down and the visionary rabbit, Fiver—Clarke weaves together gifts of revelation with intriguing hints of madness. It’s an ancient motif. When people stray from the truth and believe myths based on idolatrous conspiracies and ideologies, those what speak truth appear insane. “The prophet is a fool,” the ancient Hebrew seer, Hosea observes, “the man of the spirit is mad” (9:7). How could it be otherwise?

And there is still more. On the level of metaphor Jonathan Strange & Mr. Norrell is also a fascinating study of how human beings adopt beliefs and values in a world where aggressively competing voices of authority argue for wildly conflicting perspectives, ideas, and values. Like the very public falling out of Freud and Jung in the early 20thcentury, or the vigorous debates between Roman Catholic and Reformed theologians in the 16th century, Strange and Norrell are both British magicians but fail to agree on almost anything, each dismissing the other as less than trustworthy. So, we find ourselves taking sides as readers, drawn into a story that functions as a subtle, imaginative exercise in epistemology that mirrors our experience in life. Clarke makes it clear that to be mistaken in such things can lead not merely to the momentary embarrassment of being wrong, but to great loss. Though it’s not fashionable to assert this, life and death can hang on what we believe, on how we see, and who we listen to. On this level, fantasy becomes reality.

And that brings me to Piranesi, also by Susanna Clarke. This 2020 novel is brief (245 pages of larger print compared to 1006 pages in my edition of Jonathan Strange & Mr. Norrell). It is a wonderful story. Clarke imagines a world for us to enter, with interesting characters to meet and learn to know, and a plot that unfolds so that we care about what happens and why. To have Piranesi read aloud over a series of evenings, with candles lit, a fireplace burning, a shared cup of tea or glass of bourbon, and a circle of beloved friends sharing the experience would be a foretaste of what I believe life should be about.

Piranesi is also delightfully multi-layered. Clarke lets us know from the opening page that there is more than mere story here. She leaves us clues, and they aren’t all that subtle. I’ll mention three layers of meaning worth exploring and discussing. The rest will be up to you.

Layer #1 is in the title, Piranesi, which is also the name of the protagonist. But here’s the thing: it is also more than that. A little searching (or knowledge of art history) reveals that this is also the name of a fascinating and energetic Italian printmaker and architect, Giovanni Battista Piranesi, who lived from 1720–1778. His imaginative etches are available online (examples can be seen here and here), depicting labyrinthian structures of great scale and sculptural detail that Clarke uses as an imaginative parallel to the world conjured into being in Piranesi.

A second layer of meaning is found in the fact that Susanna Clarke and the Piranesi of history both use their remarkable artistic skills to imagine not just individuals and buildings but worlds, entire universes of being. Wendy Thompson, of the Department of Drawings and Prints at The Metropolitan Museum of Art (October 2003), says one of the early biographers of Giovanni Battista Piranesi quotes him as saying, “I need to produce great ideas, and I believe that if I were commissioned to design a new universe, I would be mad enough to undertake it.” This is precisely what Susanna Clarke has done in Piranesi. And she has done it brilliantly. In turn, this invites us as readers to reflect on how we see our world, and whether our view of things is true to reality or misshapen by incorrect assumptions or by the manipulation of those we assume are authoritative but who have their own agendas.

A third layer of meaning is discovered by noticing that Piranesi opens with a quote from C. S Lewis’s The Magician’s Nephew. “I am the great scholar, the magician, the adept, who is doing the experiment. Of course I need subjects to do it on.” Ilana Teitelbaum, in a perceptive review, “The Beauty of the House: On Susanna Clarke’s Piranesi” in the Los Angeles Review of Books, follows the clues:

Spirituality and belief systems are of central importance in Piranesi. This may not come as a surprise to anyone who has noted the epigraph, from C. S. Lewis’s The Magician’s Nephew (the sixth book in his Narnia series), or noted a familiar name in the table of contents—“Ketterley”—which readers of Narnia may recall as the villainous magician who seeks to experiment on his own nephew. Piranesi, we understand immediately, is the subject of an experiment… Piranesi’s favorite statue is a faun, and in a dream he sees it in a forest speaking with a young girl. The Narnia references in Piranesi are blatant and, like the lamppost in the winter woods, they guide us toward the book’s larger themes, even as the mystery plot unfolds at a brisk pace.

Piranesi is a masterful novel, a story that is a delight to live in for a few hours. It is also a story so richly multi-layered that it rewards careful, leisurely reflection, exploration, and discussion, if we are willing to drill down more deeply into the world Clarke imagines. It does not suggest the same answers as the Narnian stories, but it raises the same questions. Questions we would be wise to seek to answer.

Photo credit: Photo taken by the author with his trusty iPhone. 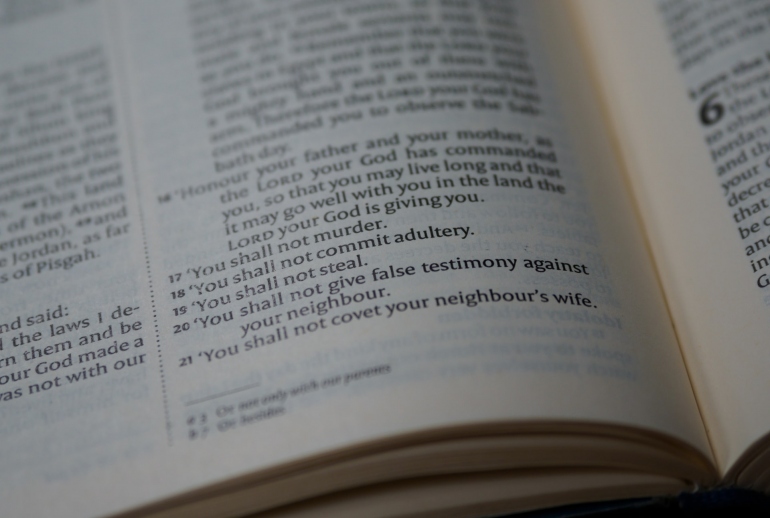