Learning to listen takes a lifetime 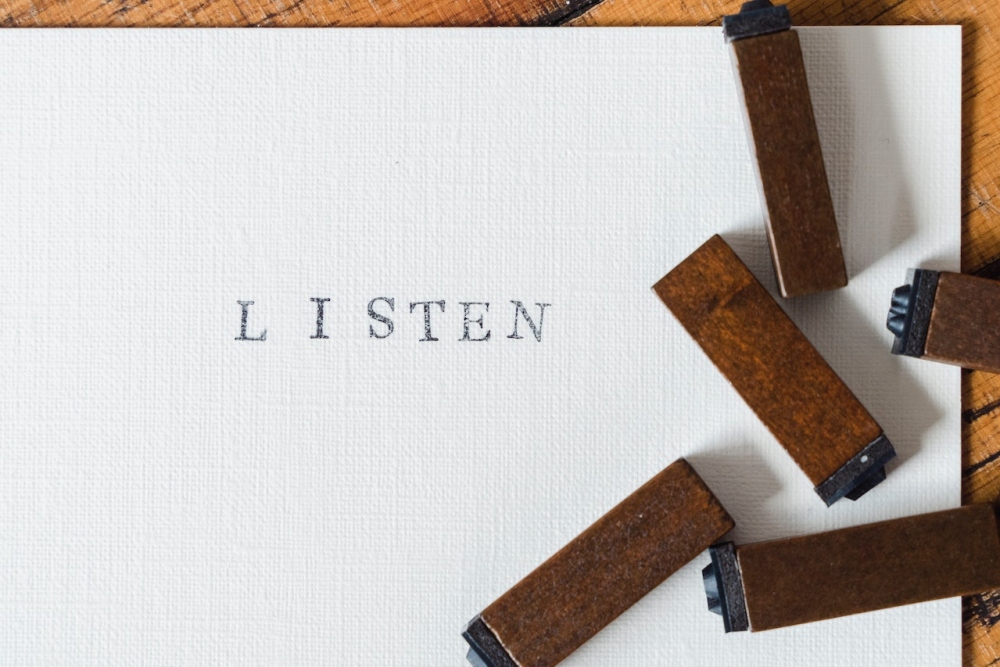 Recently I remembered back to a casually delightful conversation with friends that happened decades ago and wondered if I had made sufficient progress since then. The conversation, unplanned and spontaneous, had opened my eyes to how bad a listener I was. I’ve told this story before, but it’s such a vital moment of disequilibrium for me that I find it helpful—for myself, at least—to retell it periodically.

The moment of clarity for me occurred while I was enjoying a local, craft IPA. I was with two friends, both medical residents in training at the Mayo Clinic. They are type-A people for whom camping is an endurance sprint across some wilderness. I know this because they had just returned from the Boundary Waters Wilderness area on the Minnesota/Canadian border and showed me the blisters representing the many lakes and portages they had covered. Each day, they told me proudly, they would rise early, canoe and portage like mad all day, and then make camp as the sun set, to begin the same process the next day. They had set a new personal record for distance traveled in ten days. Camping on steroids they called it.

I had planned our evening, arriving early to claim a quiet corner booth, so our time was unhurried, a tranquil oasis of slow living. My friends are delightful conversation partners, sharp, witty, quick, serious, and skeptical, always wanting to know the why about everything. Curiosity is a precious and rare commodity, too often stifled. When set free it deepens fellowship and breaks down barriers. In any case, halfway through our second beer, talk turned to what should be inscribed on our tombstone.

I don’t remember who brought it up or what prompted the question. All three of us love those surprising questions able to prompt communication, discovery, and laughter by prying open hearts and imaginations in surprising ways.

Or the one that we chose that day: What should be inscribed on our tombstone?

The question produced a few jokes and an uncouth limerick composed on the spot by the one who never tired of proving he was Irish. I don’t remember what the others chose for theirs, but for me the moment was like an epiphany. I knew the answer as soon as the question had been asked. My epitaph? Easy:

He was learning to hear.

It was one of those rare, occasional moments of insight. I saw myself with greater clarity, instantly and uninvited. It’s mysterious to me how and why such moments occur. Is it a series of long ignored synapses in our brains where ideas and values, memories and experiences, hopes and dreams, fears and nightmares suddenly coalesce in a new way? Probably. Is there a spiritual dimension involving some quiet whisper from God? I suspect so. Usually seeing myself involves effort. Why the sudden clarity of insight?

And not all I saw was good.

Even at that moment, I was only half listening to them, concentrating instead on what I might say next that would impress them or make them laugh. I was listening to them, but my focus was on myself. I was looking at them across the table from me, but my interest was me. I was inadvertently perverting a conversation among friends into a crass attempt to score points. In that moment, in that booth with half a mug of beer, I saw so clearly: It’s one thing to have fun with friends; it’s quite another to permit my talking to prevent me from offering my friends the gift of true listening. I was learning to hear and even though I’ve been serious about learning the skill, I was not a good listener.

Listening is a very precious and a very rare gift. Far more precious and far rarer than you might imagine. “Listening is so basic that we take it for granted,” Michael Nichols says in The Lost Art of Listening (The Guilford Press; 1995). “Unfortunately, most of us think of ourselves as better listeners than we really are.”

Because listening seems so basic, I’ve had to be intentional about becoming a better listener. At times the process has felt rote, artificial and I’ve had to remind myself that this is what learning is like. The discipline needed to learn and practice a new skill often seems unnatural at the beginning. Only later does it become a habit of the heart, a natural response no longer needing thought, planning and intentionality.

Since that evening, several decades have flown by. And recently I found myself wondering how much progress I had made. Perhaps my epitaph could be changed to:

He learned to hear.

But alas, no. In the last three weeks Margie and I have been with dear friends who have had important stories to tell us. Hard stories of pain and heartbreak, of broken relationships and mental illness, of betrayal and trauma, with conflicting versions of who did what, when, and why. We didn’t meet with them to sort things out, or to counsel them—that is far beyond our pay grade. We met because we love them and wanted them to know we would not abandon them in times of uncertainty, difficulty, and grief. I didn’t realize it until later but in both instances, I failed to give them my undivided attention. As they talked, I rummaged through my memory for something I had read, or heard, that I might say. As they spoke, I riffled through Scripture in my mind to find some text that might speak a word of hope or reassurance. Both those impulses are understandable and even noble in and of themselves, but they need not, should not occur at the sacrifice of listening with full attention. Besides, it became clear to me as both conversations progressed that our friends did not need my thoughts or advice. There were professionals in their lives that were better equipped than I to provide that. What they needed was a safe place with faithful friends where they knew they were heard, and appreciated, and cared for. They needed the gift of grace called listening.

In The Listening Life, (IVP, 2015) Adam McHugh takes us back to the very beginning.

When we meet the primeval universe in Genesis, we learn that it is unformed and chaotic but that somehow it has an ear, because its first action is to listen to the Voice that pierces the darkness. God commands light and the cosmos hears and obeys, and through its acts of listening, order and harmony supplant the watery abyss. Six days into the making of this listening world, God creates the first humans, and their original act is to hear the blessing to populate the earth with other image-bearers and God-listeners. Listening is foundational to what it means to be human.

Throughout the Bible listening is the central act of the people of God. They are those who are gathered and formed by his voice and held together by his word.

It is at the Fall that failing to listen comes into play. “Did God say…” the evil Tempter asks, and from there it is all downhill.

This is not to say, of course, that there is not too much talking, too much blather, so that parents and the wise do not need to occasionally cry, “Stop! Be quiet, for goodness’s sake!” But that is a different problem, to be addressed another time. The problem of my not listening has to do with hubris, a belief that I can solve problems if people will simply listen to me. More often than not what people need from me is the assurance that I hear them. This simple yet difficult task confirms that they are significant, that there is someone who believes they matter. And in that gift, they sense the possibility of hope.

I have not learned to hear; I am still learning to hear. And so, my epitaph, even after all these many decades of learning to listen needs to remain:

He was learning to hear.

Father: Though I wear hearing aids I do not really need you to heal my hearing, but for grace to make me a better listener. I am easily distracted and prefer the sound of my own musing and thoughts over the voice of those speaking to me. You are patient in listening to my prayers, feeble and occasional as they are, and in this I desire to be more like Jesus, who though the eternal Son was eager to listen to his creatures, mere mortals, and showed compassion when they interrupted him. Make me an engaged, attentive listener. Grant me the ability to hear past people’s words to hear the yearning of their hearts. For the sake of your Son, Jesus Christ my Lord, who with the Holy Spirit reigns with you, world without end. Amen. 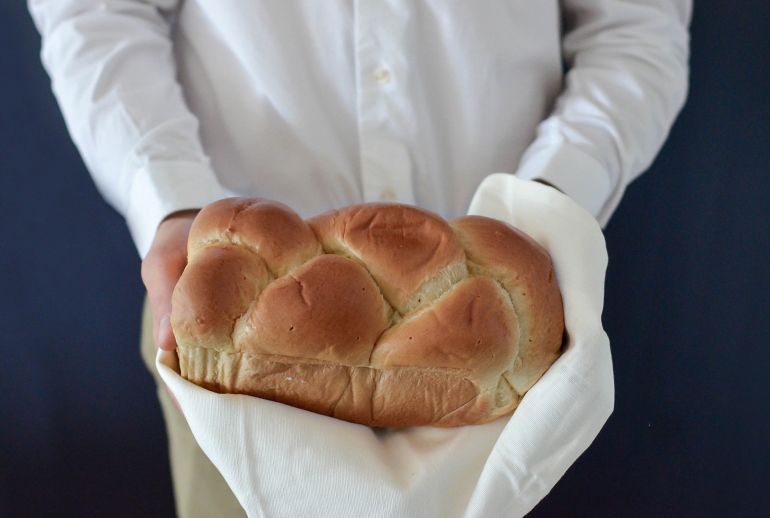 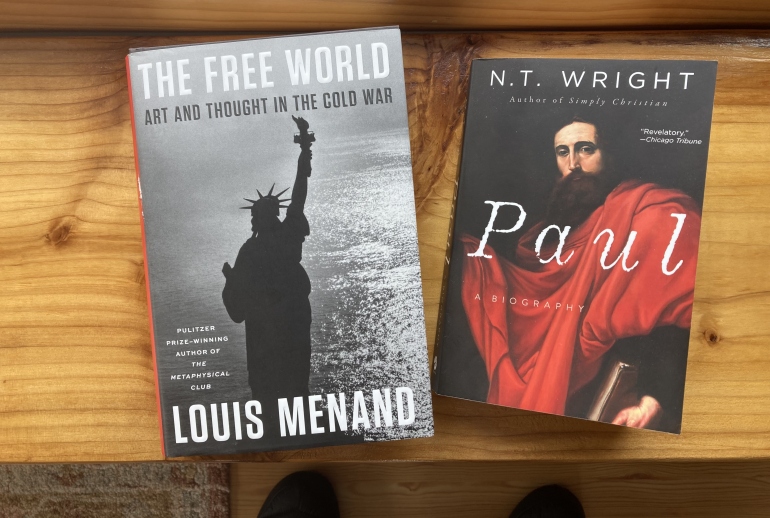