Seeing myself, a sinner, accurately 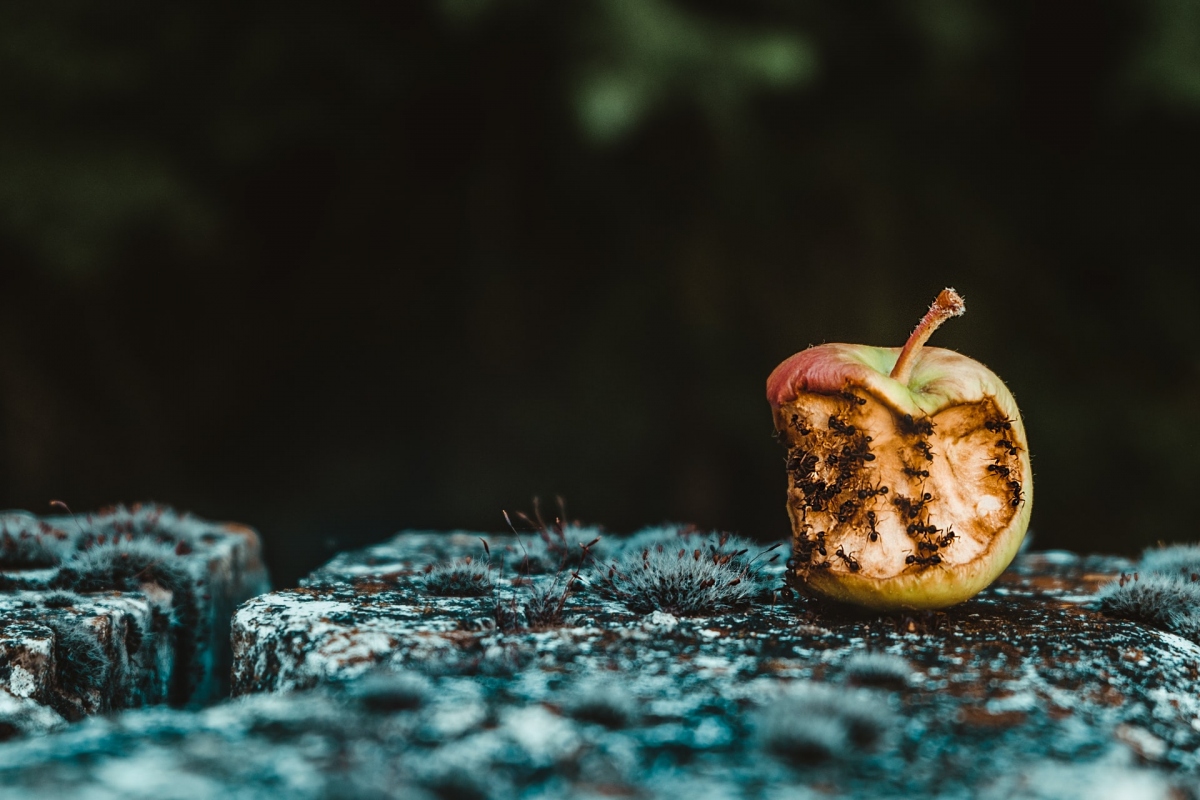 We see others correctly, I believe, only to the extent our self-knowledge is realistic. And therein lies the difficulty. “There is,” John Calvin insisted in his Institutes, “nothing that man’s nature seeks more eagerly than to be flattered” (II.1.2). I affirm this to be true. None of this is intentional, of course, but that doesn’t make it more admirable. Thinking too highly of myself makes me think less highly of you—and I do it reflexively, without noticing, without intending hurt—and so my sin against you fails to dislodge my too high opinion of myself. Instead, noting your failure I feel more righteous.

I recently reread Dietrich Bonhoeffer’s Life Together (1954), a refreshingly convicting experience. If anyone had reason to think well of himself it was Bonhoeffer. Knowing the risk, he returned to his native Germany to serve the Confessing Church which refused compromise with Hitler. Deemed an enemy of the state, Bonhoeffer was arrested, imprisoned, tried and died in a Nazi concentration camp near the end of the war, executed by special order of Heinrich Himmler. Like all of us, I’m certain he would have much to regret, but surely, shouldn’t he be able, be allowed, to think highly of himself, more highly than those around him?

Bonhoeffer disagrees. “To forego self-conceit and to associate with the lowly means, in all soberness and without mincing the matter, to consider oneself the greatest of sinners” (p. 96).

At this point Bonhoeffer, as expected, refers to what St. Paul wrote in his first letter to his young disciple, Timothy. “The saying is sure and worthy of full acceptance, that Christ Jesus came into the world to save sinners—of whom I am the foremost” (1:15). And Bonhoeffer then adds what I long thought whenever I heard this Scripture growing up in church. “It sounds like an exaggeration, like an untruth.” Exactly. Is this a painless way to depict what humility looks like? On the other hand, Luke tells us that Paul, while known as Saul, is implicated in the killing of Stephen, one of the first deacons (Acts 7) so maybe he had a guilty conscience. In any case, I remember being glad that since Paul had the distinction of being the worst of sinners I had less to worry about, regardless of what my conscience suggested.

Bonhoeffer doesn’t see it that way at all.

There can be no genuine acknowledgement of sin that does not lead to this extremity. If my sinfulness appears to me to be in any way smaller or less detestable in comparison with the sins of others, I am still not recognizing my sinfulness at all. My sin is of necessity the worst, the most grievous, the most reprehensible. Brotherly love will find any number of extenuations for the sins of others; only for my sin is there no apology whatsoever (p. 96).

Bonhoeffer is not pessimistic here, but realistic. And when I see myself realistically, as a sinner forgiven purely by grace, through no merit of my own, there are three immediate results. I am overwhelmed with gratitude; I am determined to extend grace since I am saved by it, and in the process, I see you differently.

The more I take Bonhoeffer’s teaching to heart, the more I apply the apostle’s confession to myself, the more I am discomfited by a common occurrence surrounding the civil unrest that roils and fragments American society. I’m referring to how friends are following commentators and political pundits in acknowledging the tragedy of Black men dying at the hands of police but then delineating their crimes, failures, and misdeeds. Why is this?

Margie happened on one (of many) during the trial of Derek Chauvin for the murder of George Floyd, the day after Daunte Wright was killed in Brooklyn Center. A friend—a Christian and a mother—had posted a recording of someone listing the egregious choices they said Daunte Wright had made. Why is this? (This recording has since been taken down.)

Should not the people of God speak instead of shared grief over the unspeakable loss Daunte’s mother has endured? At a moment of deep wounding, was this recording a way to bring healing into the brokenness of Wright’s family and community? Assuming the recording was entirely accurate in what it accused Duante Wright of doing, did our friend believe this was what should be declared by followers of Jesus in public the day after someone’s son is shot in the street? Margie felt the recording implied Daunte deserved to die as he did. And what about the police officer who pulled the trigger—her life is forever changed. Does not she also need our compassion even while we yearn for justice? And there is this: if our friend’s son was wayward and did the same things as Duante is accused of doing, would this recording be what she would want and find healing in her moment of tragedy from those who claim to be the people of the God who is love? I ask again, why is this?

I suspect our friend is rather like me. I know I am a sinner; I believe as a Christian the just penalty for sin is death, and I acknowledge that I should not take my sinfulness lightly. Still, in my heart of hearts I don’t think I’m as bad as the Nazi soldiers that strung the noose around Bonhoeffer’s neck at Flossenbürg and watched him die. Maybe I’m as bad as Bonhoeffer, but not as bad as them. And since I’m fearful about the civil unrest around me it’s easier to list someone else’s sins and convince myself the tragedy of their death was their fault rather than admit something might be wrong. Wrong with myself, and with society. Pointing the finger is easy, so much easier than bringing healing and seeking justice.

“If my sinfulness appears to me to be in any way smaller or less detestable in comparison with the sins of others, I am still not recognizing my sinfulness at all.”

Do I really believe this? And if I do believe it, am I acting as if I believe it? 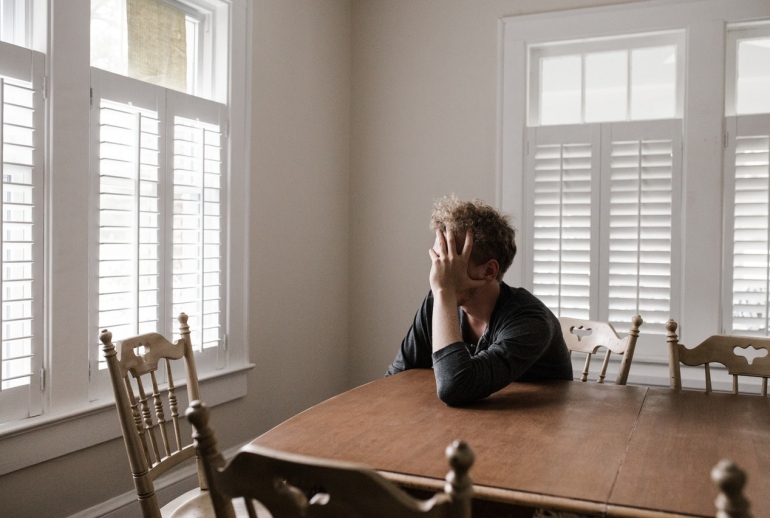 Maturing is a process 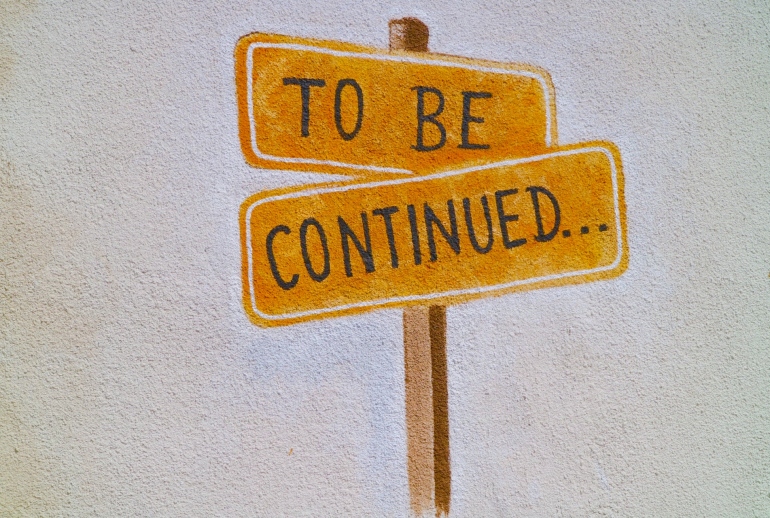