By Denis, Faithful in the Ordinary, Reading the Word 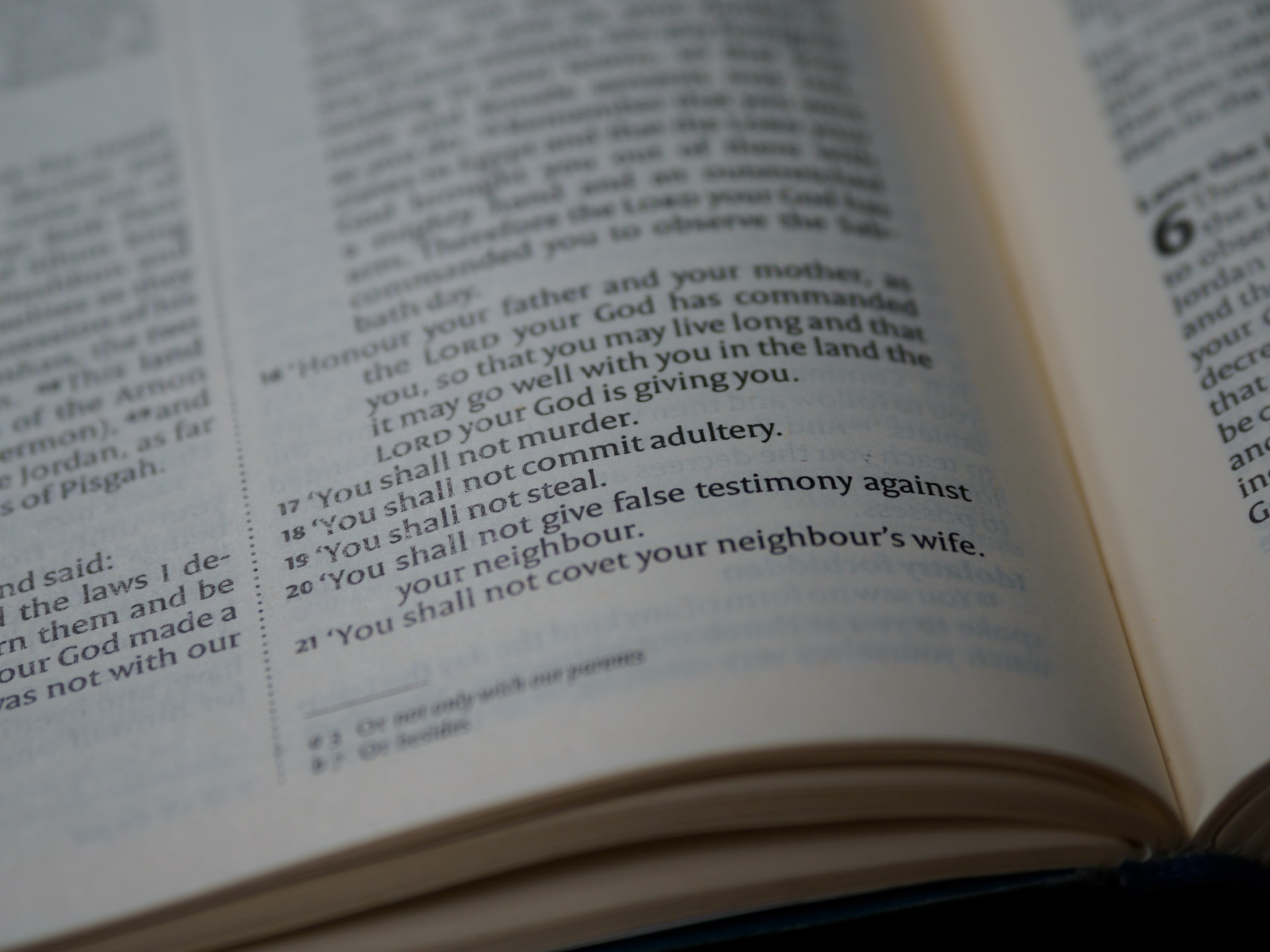 Here’s what I think: we live in a time of deep and divisive disagreement.

And here is how I envision it: as thick, competing layers of misinformation, lies, half-truths and truth swirling around us like a murder of crows circling fresh roadkill. Or, if you prefer an aural metaphor, I hear all sorts of instruments playing furiously in all sorts of keys, with no one really listening to the musician next to them.

Whatever metaphor we choose, the divisiveness is corrosive. It burns a caustic lesion in our relationships, eating away at the fragile and precious unity we yearn for between friends, in families, in our nation, in the workplace and in the church. No one can live through a time of discord and expect to be unaffected. In some battles even bystanders standing outside the fray are maimed.

The disagreement comes because people differ strongly about which claims are true and which are false, which is information, and which is misinformation. That’s obvious enough, but it isn’t my concern here.

Instead, I suggest we consider something else. The part that maims us. I invite you to reflect with me not on what’s being expressed, but by how fiercely it’s being expressed. Name-calling, belittling, labeling, disgust and disdain, hints or actual threats of violence, character assassination—all are used as we demonize those who disagree with us as “other” or “the enemy.” It’s not that we disagree that concerns me here but how we disagree. More specifically, how we speak of our neighbor with whom we disagree.

I’ll put the issue this way: What does it look like to speak faithfully as a follower of Jesus in a messy, fraught, difficult, politicized, divisive time? What concerns should shape how we talk about friends and neighbors with whom we differ about so much that matters so much to us?

Political commentator David French suggests that the answer was provided by God at Mt Sinai in the 9thcommandment. 1 (Exodus 20:16). “You shall not bear false witness against your neighbor.”

On first reading the commandment instructs God’s people to be fully truthful if called as a witness in court. We know, however, that the law of God is meant to be understood and applied expansively, not narrowly. This is why in the Sermon on the Mount, for example, Jesus taught that the 6th commandment (do not murder) is broken when we hate or are angry (Matthew 5:21-22) and the 7th (forbidding adultery) is broken when we lust after someone, forcibly taking from them sexually in our imagination what is not rightfully ours (5:27-30). These are not fanciful extensions of a narrow rule but a recognition on Jesus’ part that what lies behind the physical offense is also prohibited. We act as whole persons, and a corrupt heart is always behind an evil act.

Over the centuries the teaching ministry of the Holy Spirit in the Church has unpacked the meaning of bearing false witness. And as David French notes, one excellent summary of this teaching is found in the 1647 Westminster Larger Catechism. In WLC Questions #143-145 the Westminster divines review what the commandment says (in Q#143) and then unpack what it requires (Q#144) and what it forbids (Q#145).

I studied the WLC in seminary, but still, reviewing again what it says about the 9th commandment is impressive and sobering. It is also convicting. What comes through with great clarity is that if we take God’s law seriously, the followers of Jesus are meant to embrace values that lead to a radically different standard for speaking about our neighbors than is commonly exhibited in our broken world. The Westminster divines were summarizing not merely that they thought the commandment means, but what the accumulated wisdom of the Church teaches. The more I read in church history and Scripture the more I am convinced they understood it correctly.

So, here are the three questions and answers from the Westminster Larger Catechism. I recommend you read them slowly, that you take unhurried time to reflect on the meaning of each phrase and sentence. As you read, keep in mind the issue we are considering: What does it look like to speak faithfully as a follower of Jesus in a messy, fraught, difficult, politicized, divisive time? What concerns should shape how we talk about friends and neighbors with whom we differ about so much that matters most?

I also recommend you discuss this with some trusted followers of Jesus with whom you are safe to brainstorm, debate, question and hold one another accountable. To help with that I’m including a few questions for reflection and discussion—including a source for the WLC in modern English to update the 17th century language of the Catechism.

WLC Question #144: What are the duties required in the ninth commandment?
WLC Answer: The duties required in the ninth commandment are, the preserving and promoting of truth between man and man, and the good name of our neighbor, as well as our own; appearing and standing for the truth; and from the heart, sincerely, freely, clearly, and fully, speaking the truth, and only the truth, in matters of judgment and justice, and in all other things: Whatsoever; a charitable esteem of our neighbors; loving, desiring, and rejoicing in their good name; sorrowing for, and covering of their infirmities; freely acknowledging of their gifts and graces, defending their innocency; a ready receiving of a good report, and unwillingness to admit of an evil report, concerning them; discouraging talebearers, flatterers, and slanderers; love and care of our own good name, and defending it when need requires; keeping of lawful promises; studying and practicing of: Whatsoever things are true, honest, lovely, and of good report.

WLC Question 145: What are the sins forbidden in the ninth commandment?
WLC Answer: The sins forbidden in the ninth commandment are, all prejudicing the truth, and the good name of our neighbors, as well as our own, especially in public judicature; giving false evidence, suborning false witnesses, wittingly appearing and pleading for an evil cause, outfacing and overbearing the truth; passing unjust sentence, calling evil good, and good evil; rewarding the wicked according to the work of the righteous, and the righteous according to the work of the wicked; forgery, concealing the truth, undue silence in a just cause, and holding our peace when iniquity calls for either a reproof from ourselves, or complaint to others; speaking the truth unseasonably, or maliciously to a wrong end, or perverting it to a wrong meaning, or in doubtful and equivocal expressions, to the prejudice of truth or justice; speaking untruth, lying, slandering, backbiting, detracting, tale bearing, whispering, scoffing, reviling, rash, harsh, and partial censuring; misconstructing intentions, words, and actions; flattering, vainglorious boasting, thinking or speaking too highly or too meanly of ourselves or others; denying the gifts and graces of God; aggravating smaller faults; hiding, excusing, or extenuating of sins, when called to a free confession; unnecessary discovering of infirmities; raising false rumors, receiving and countenancing evil reports, and stopping our ears against just defense; evil suspicion; envying or grieving at the deserved credit of any, endeavoring or desiring to impair it, rejoicing in their disgrace and infamy; scornful contempt, fond admiration; breach of lawful promises; neglecting such things as are of good report, and practicing, or not avoiding ourselves, or not hindering: What we can in others, such things as procure an ill name.

Questions for reflection and discussion: 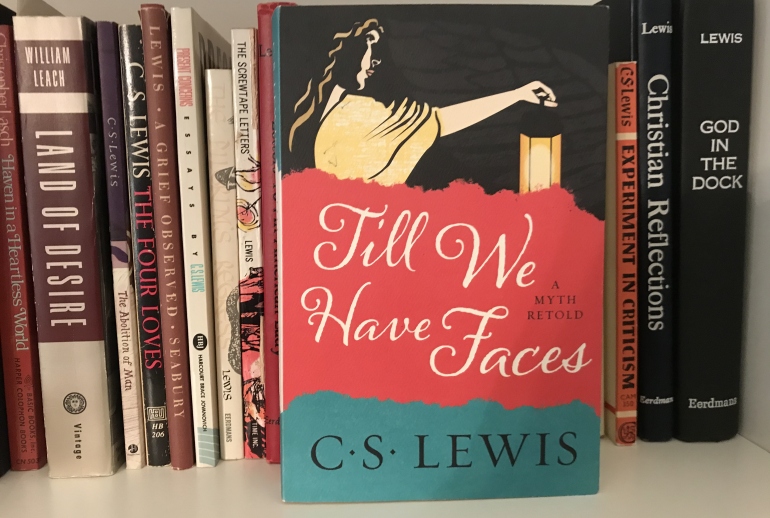 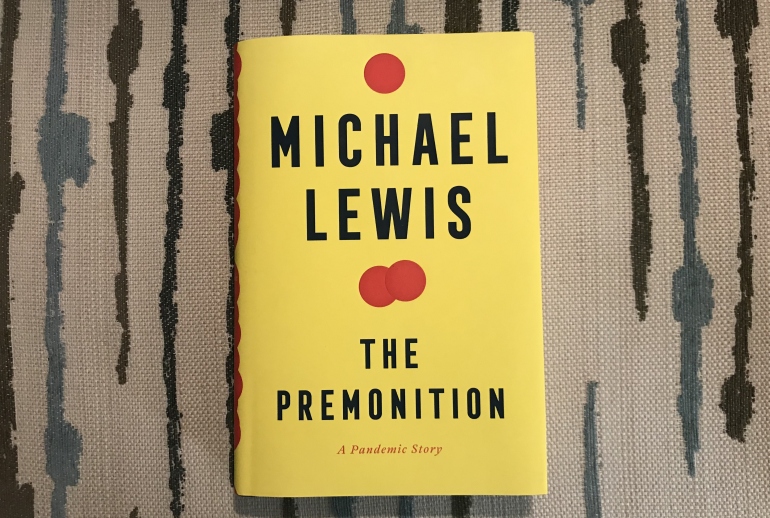