The News, Fake and Otherwise

You shall know the truth and the truth shall make you free. (John 8:32)

Fake news is a regular player in modern political theater, so much so that the term now rates a definition in the Cambridge dictionary. Fake news is “false stories that appear to be news, spread on the internet or using other media, usually created to influence political views.” Its existence is proven by the fact that for almost every news item in the media there seems to be one that contradicts it. They can’t all be true, ergo some must be fake, right? The problem, of course, lies in telling the real thing—dare I say real fake news?—from the true thing—dare I say fake fake news?

It’s a news problem to be sure, but not a new one.

After completing his studies at the University College of Wales, the University of Strasbourg, and Trinity College Cambridge, Gareth Jones was hired as Foreign Affairs Adviser to David Lloyd George, once the prime minister of the U.K, by this time only an MP. It is in this capacity that we are introduced to him in Mr. Jones; he’s delivering a briefing to British MPs. After Hitler was named chancellor in 1933, Jones was one of the first foreign journalists to interview him and Joseph Goebbels. His report of the interview to the British leaders is passionate and bleak—Hitler and Naziism are bad news for all of Europe—but his fears are met with skepticism. “How can you be so certain?”

It’s a good question. With so many different opinions being bandied about, all attached to agendas other than mere truth, how can one know what to believe? Perhaps the obvious answer—dig deeper—deserves some consideration here.

After losing his place on Lloyd George’s staff, Jones makes an appeal to a German journalist in Moscow—Paul Kleb, a fictional character—to arrange an interview for him with Joseph Stalin. Kleb brushes the request aside saying there’s something much bigger going on in Russia that I’ll tell you about when you get here. However, by the time Jones arrives, Kleb has been murdered. Only slowly does he learn that the “something much bigger” Kleb warned of was the Holodomor.

The term Holodomor is derived from a Ukrainian phrase meaning “to kill by starvation.” In the winter of 1932-1933 Stalin engineered a famine in Ukraine by shipping out all its food and closing its borders. According to best current estimates between 3.3 million and 7.5 million people starved to death. I met one of their descendants in 1996 during a trip there. He was my interpreter. His grandparents had died during the famine, but his parents survived. I well remember the strength of his bitterness towards Russia and God, whom he hated for allowing it to happen.

Rather than trusting what were then only rumors of the famine, Jones goes to Ukraine and digs deeper. This part of the film is dark, troubling and full of pain, but not gratuitously so. He was witnessing evil. I think his words describe what he saw best.

I walked along through villages and twelve collective farms. Everywhere was the cry, “There is no bread. We are dying.” This cry came from every part of Russia, from the Volga, Siberia, White Russia, the North Caucasus, and Central Asia. I tramped through the black earth region because that was once the richest farmland in Russia and because the correspondents have been forbidden to go there to see for themselves what is happening.
In the train a Communist denied to me that there was a famine. I flung a crust of bread which I had been eating from my own supply into a spittoon. A peasant fellow-passenger fished it out and ravenously ate it. I threw an orange peel into the spittoon and the peasant again grabbed it and devoured it. The Communist subsided. I stayed overnight in a village where there used to be two hundred oxen and where there now are six. The peasants were eating the cattle fodder and had only a month’s supply left. They told me that many had already died of hunger. Two soldiers came to arrest a thief. They warned me against travel by night, as there were too many “starving” desperate men.
“We are waiting for death” was my welcome, “but see, we still, have our cattle fodder. Go farther south. There they have nothing. Many houses are empty of people already dead,” they cried.

Jones returned to the U.K. and put together his report of the famine complete with pictures. It was published Friday, March 31, 1933 in the London Evening Standard. One may read his article as it appeared in the Standard here.

And no one believed him.

To be sure, there were apparently good reasons for not believing him, contrary opinions in the press then, just as there are now. Walter Duranty was “our man in Moscow” for the New York Times. Still basking in the glow of the Pulitzer Prize he had won the year before, he dismissed Jones’ story as “an exaggeration or malignant propaganda.” And it was his version of the story that was believed, not Jones’.

Please, place the Jones article alongside Duranty’s and ask yourself, “Who would I have believed and why?” It should bring you back to the problem we started with—recognizing fake news when you see it, or even better, recognizing the truth when it shows itself. At first it seems like just a question of epistemology: how can you know that you know? It’s such a hard question to answer, and the problems involved in recognizing truth so many and so complex that some conclude that doing so is impossible, and so trying to, is a waste of time. Then they go with their guts, or with their political interests, or with whatever they perceive to be in their best interests. The result is a sad state of affairs foreseen years ago in the Bible: For the time will come when people will not put up with sound doctrine. Instead, to suit their own desires, they will gather around them a great number of teachers to say what their itching ears want to hear(2 Timothy 4:3). If you look hard enough, you’ll find someone online to scratch your ears for you every day.

But there’s more to this problem than philosophy. Gareth Jones did discover the truth by digging deeper, but his quest for truth didn’t begin there. It’s a pity that Agniezka Holland’s fine film turns on Jones’ trust of a character that wasn’t real, Paul Kleb, for if Jones doesn’t know Kleb, then he doesn’t trust him, and if he doesn’t trust him he doesn’t go to Moscow to discover the truth the world now knows. It’s as Alan Jacobs says in his wonderful book How to Think: a Survival Guide for a World at Odds.

All of us at various times in our lives believe true things for poor reasons, and false things for good reasons, and that whatever we think we know, whether we’re right or wrong, arises from our interactions with other human beings. Thinking independently, solitarily, “for ourselves,” is not an option.

If Jacobs is right, and I think he is, the first step towards knowing is learning whom to trust to think with. Thinking is always a social activity, even and especially in those who boast of independently thinking for themselves.

So, whom do you trust to think with? I’ll answer personally here, if I may. I look for two things: character and knowledge. The latter is far easier to find. I’m surrounded by people in the University of Texas at Austin who know so much more than I do about so many things that information is readily and often freely available. I have friends who are professors in philosophy, biology, astronomy, engineering, music, literature and mathematics. The last on this list is my son, Ian, through whom my access to data is increased exponentially. Taking the time to talk with people to learn what they know was important to Jones and it’s important to me, too.

Character is harder to find and recognizing it outside a relationship is quite frankly—for me—impossible. What shapes what they know? Is their commitment to it borne out in their relationship with me and others gently and winsomely? And perhaps above all, are there things that I know to be true that they know also? Am I suggesting that people who do not agree with me are all untrustworthy? Not at all, but I know that many things are not up for grabs. It’s as G. K. Chesterton said, “Merely having an open mind is nothing. The object of opening the mind, as of opening the mouth, is to shut it again on something solid.”

Permit me one last note here. When Jones’ story was declared fake news, his career as an investigative journalist was ruined. He returned to Wales to write the society column in a local paper for a few months until he learned of atrocities being committed by the Japanese in their occupation of Mongolia. He went there to investigate, was captured by bandits and killed just shy of his 30th birthday. Let his death serve as a reminder to us all: while knowing the truth is possible, acting upon it may prove dangerous, even as it sets us free.

Questions for discussion and reflection:

Greg Grooms lives with his wife Mary Jane in Hill House (www.hillhouseaustin.org), a large home across the street from the University of Texas in Austin, where they regularly welcome students to meals, to warm hospitality, to ask questions, and to seriously wrestle with the proposition that Jesus is actually Lord of all. 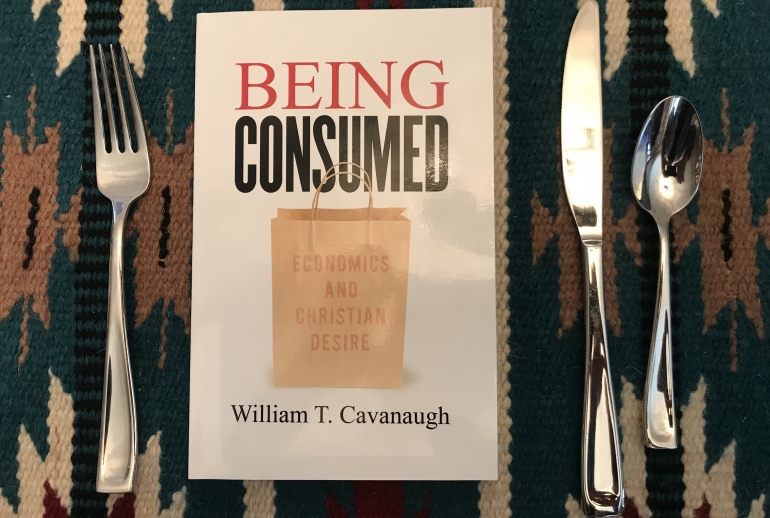